NEMS is the Nagios Enterprise Monitoring Server for Single Board Computers

Say goodbye to Nagios config files. NEMS Linux is a modern pre-configured, customized and ready-to-deploy Nagios Core image designed to run on low-cost micro computers such as Raspberry Pi and PINE64 single board computers. It has evolved to include enterprise builds for VMWare ESXi, Amazon Web Services' EC2, Docker and more. It features a modern, self-hosted browser-based UI, and countless extras. At its core NEMS is a lightweight Debian Buster deployment optimized for performance, reliability and ease of use.

NEMS Linux is free to download, deploy, and use. Its development however is supported by its community of users. Please consider contributing if you can.

With an active Discord server, community forum, semi-annual releases and regular updates, NEMS is an active and current project with a vibrant and growing community.

There is no cost to download and use NEMS Linux, and the source code is available on GitHub. I know you're over-worked as it is, so I've done all the hard work to get you up and running fast.

NEMS Linux offers both an on-premise and secure off-site backup solutions to protect your configuration in event of hardware failure.

The goal with NEMS Linux is to provide a free, full-featured, up to date drop in Nagios Enterprise Monitoring Server for Raspberry Pi and other SBCs. It has all the bells and whistles while being optimized for solid stability and fast performance.

The original NEMS Linux release was based (with big thanks to Ryan Siegel) on NagiosPi, with many of the settings reflective of the NagiosPi Wheezy distro.

Here is what Ryan Siegel, the creator of NagiosPi has to say about NEMS Linux: "I'd love to upgrade NagiosPi, but I don’t have the ability to make a GUI that can beat that of NEMS. I strongly feel that it has always been a necessary addition to NagiosPi and NEMS was able to deliver what is essentially an updated and improved version of NagiosPi. No reason not to start using NEMS for the time being. Nice work Robbie!"

NEMS Linux has since become a popular drop-in Nagios distro for the Raspberry Pi and other SBCs, with a major release at least once per year.

NEMS Linux is created and maintained by Robbie Ferguson — also known as "Bald Nerd". Robbie is the host and founder of Category5 Technology TV, a popular webcast that has been on-air since 2007. Robbie is a firm lover of Linux and open source, and an advocate of freedom, respect and equality among all people.

What Is Nagios Core?

Nagios® Core™ is an Open Source system and network monitoring application. It watches hosts and services that you specify, alerting you when things go bad and when they get better.

Some of the many features of Nagios Core include:

Nagios doesn't need a big fancy supercomputer to offer exceptional enterprise monitoring of network assets and resources, so our temptation is to re-purpose older servers to perform this reasonably lightweight task.

If you ask me, that’s not only overkill, but the attempt to save money by reusing older hardware will actually cost more due to higher electricity usage vs. say, a tiny Raspberry Pi Microcomputer... which ironically may in fact have more modern system specifications than that old beast of a server you've been using.

It can be a daunting task to setup a Nagios server from scratch. NEMS Linux brings years of Nagios server tweaks and improvements and gets you up and running quickly, with a custom set of tools to help you manage your enterprise monitoring infrastructure.

This project uses freely available applications such as Debian Linux, Nagios Core and a variety of other goodies, and I too release a fully ready-to-use image for you to use within yours or your customers' network environments. 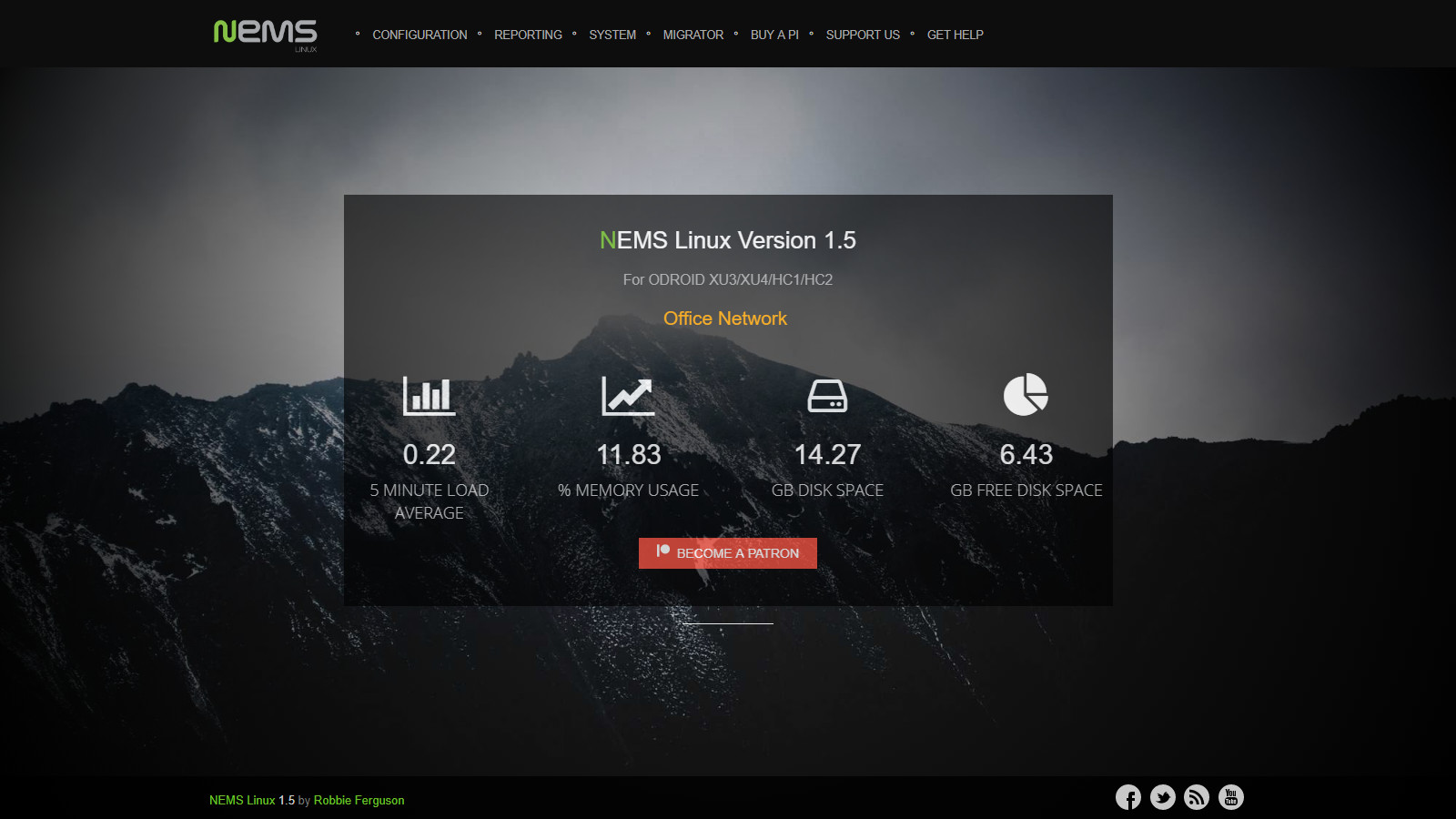